Tony Daniel says that novelist and cultural commentator Bret Easton Ellis’s new collection of essays, White tears into the proponents of “woke” culture for eroding free expression and encouraging victimhood. Despite some melodramatic overwriting and amusing naiveté regarding the excesses of the identity-politics-drunk mob, Ellis’s judgement is sound: freedom of expression is all-important to an artist or writer. 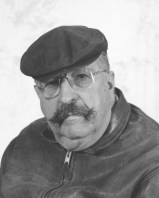 Gene Wolfe died recently at age 87. Tony Daniel says Wolfe was a major influence on him, and one of the greats of American letters.

Tony writes in the piece: “I’m quite sure that Wolfe’s reputation will recover and grow in the coming years. He’s as good as the best we’ve had in American letters, and, though there are many great contenders, he’s my pick for the best science fiction writer of them all.”

Tony Daniel Gives a Mixed Review to ‘Educated,’ the Best-selling Memoir by Tara Westover, at the ‘Federalist’

“I came away from Educated feeling like I’d just stepped in something nasty,” Tony says in the piece.

While finding Tara Westover’s tale of self-educating herself affecting, Tony says her account is thin on detail and nuance. Ultimately, Educated suffers from the problem of all confessional memoirs: you don’t know who to believe. Better to just write a novel when dealing with such themes, Tony contends.

Tony Daniel Reviews Latest Entry ‘Past Tense,’ and Provides a Retrospective on the Jack Reacher Novels by Lee Child at the ‘Federalist’

Tony generally likes the Jack Reacher novels by Lee Child, including Child’s latest, Past Tense, but finds them pretty thin gruel for readers. He comments that after 23 novels, Lee Child continues to sell paperbacks by the truckload, and making his books entertaining is no mean feat when you consider how ridiculous they are.

The review is here.

Tony Daniel says that season two of the Amazon Prime show, ‘The Marvelous Mrs. Maisel’ is even better than its first ten-episode run. But the show’s future looks bleak judging from the grating progressive stereotypes worked into the cliffhangers of the season two final episode.

Tony Daniel’s Review of ‘Burning Down the Haus: Punk Rock, Revolution, and the Fall of the Berlin Wall,’ by Tim Mohr Up at the ‘Federalist’

Tony Daniel says that in his book Burning Down the Haus: Punk Rock, Revolution, and the Fall of the Berlin Wall, Tim Mohr has done yeoman historical service in collecting a slice of that history in anecdotal form from many of the punks and punk rockers who were involved in the cultural eruption during the era—and the regime’s sclerotic efforts to stamp it out. Yet, argues Tony, Mohr’s heartfelt argument for the primacy of punk in bringing down the DDR government is weakened by his political naïveté and heavily undercut by his rote display of strident and thoughtless anti-Americanism.

Tony Daniel Article “6 Questions About The Huge CIA Blunder That Allowed Enemies To Kill 70 U.S. Spies” at the ‘Federalist’

More than 70 foreign nationals working as spies for the CIA in Iran and China were systematically identified and slaughtered in the past decade, thanks to agency negligence, according to recent reports. “How and when is this catastrophic failure going to come back and haunt us?” Tony asks. “Because it will.”

Tony Daniel Reviews ‘The Spy and the Traitor’ by Ben MacIntyre, a Thrilling Account of the Historically Important KBG-Agent-turned-British-spy Oleg Gordievsky at ‘The Federalist’

Tony Daniel says historian Ben MacIntyre’s new book, The Spy and the Traitor, tells the thrilling story of how the KGB’s Oleg Gordievsky helped check the Soviet Union as Margaret Thatcher and Ronald Reagan fought communism.  Gordievsky’s spying for the West had a definite impact on ending the Cold War and driving victory for freedom and democracy.

Tony Daniel says the book is mostly a product ad for her on-line brand, but also contains a short and charming memoir of Witherspoon’s grandmother. Tony writes: “Dorothea Draper was a good role model for all of us who believe that being a decent person is about far more than politics.” 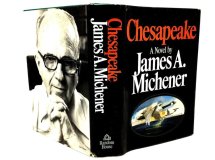 Tony Daniel says that the venerable best-selling author of historical fiction has gotten a bad rap in literary circles as Michener’s rejection of postmodernism has given rise to jaded and unfair judgments of his epic storytelling.

“Reconsidering The Astonishing Literary Legacy Of James Michener” is here.